In this MPC Renaissance review, I wanted to address an issue for many ‘legacy’ MPC owners – will your existing MPC beats load up into the MPC Renaissance? So far since its release, I’ve not really seen any detailed MPC Renaissance reviews on legacy support, and it was an area highlighted by Akai as one they’d put some effort into. So why is this so much of a concern for some people? Here’s a few reasons:

To test the Renaissance’s compatibility with older MPC projects I made a 4 bar sequence in my MPC1000 and then loaded the project file into various MPCs, tweaked it so it sounded exactly the same in each one, re-saved the project within each MPC and then loaded up each project into the Ren. The beat itself, while pretty basic actually contains a lot of different program parameters, mixer settings and Q-Link slider events, so we can see exactly what is transferred, what is changed and what is ignored.

In all the tests I was loading the projects into OS v1.0 of the new ‘MPC Software’. When Akai release an update to the MPC Software, I will create an updated MPC Renaissance review accordingly.

The MPC5000 has the best MPC Renaissance support. Project files load up every time without any missing samples, programs or sequences, and pretty much every parameter is transferred over. The only exception seems to be effect settings, which are completely ignored (which is the same for all the MPCs in this test). And as the MPC Software has no built in synth, 50v synth programs are also ignored.

Slider events were also transferred, but they sounded very different when played back through the MPC Renaissance’s sequencer, so you’ll probably have to re-record or tweak those. Other than that, the sequences and song data seems to be identical.

It looks like all program parameters have been transferred to the Ren, but they are mapped out in the MPC Software with slightly different values to the originals found in the MPC5000 project file. I believe the reason for this is that in legacy MPCs the maximum value for many program parameters is 100, while in the Ren it is generally 127, so a ratio of approximately 1.27 has been applied to the original parameter values. For example, the kick on A1 should have a low pass filter ‘FREQ’ of 73, but in the Ren it’s 93; 1.27 * 73 = 92.7, i.e. 93. Whether or not these new values give the same ‘sound’ as the original is a matter that would need deeper investigation, but I suspect you’ll probably have to do a little tweaking regardless. In the end, the MPC Renaissance is running different technology, so some things will sound different, even if parameters are transferred over identically.

In a separate test, I loaded up a 50k (keygroup) program. From what I can see, all program parameters transferred perfectly.

MPC5000 owners will have very little work to carry out when transferring their existing projects to the MPC Renaissance. The main work will be reapplying effect settings (but that’s going to be fun considering the rather ample effects options available). Of course remember that there’s no synth or audio track support in the Ren (not yet anyway) so any MPC5000 synth programs or audio tracks are not coming over, but you can of course use the imported MIDI tracks to run any VST synth you wish.

The results for 1000/2500/500/JJOS Free/JJOS1/JJOS2 are virtually identical, so I’ve combined them into a single test.I did find that project file loading could be a little buggy unless you follow a very specific procedure. So, first create a new project (File > New Project), then double click the legacy MPC project file. It should load fine. If you load the project file again (while the existing project is still in memory), for some reason the sequence tracks have no program assigned to them. The workaround is to then load the  ‘all sequences’ file and the program assignments come back (although the project itself is now called ‘untitled’). This may be related to my system, which in the test was Mac 10.6.8, so is a little old.

A very minor bug with the 1000 PRJ is that often the pads on screen have no samples visibly assigned to them – this appears to be just a visual bug, and selecting a different track makes the samples magically reappear on the pads.

As with the 5000, effects are not imported, and this time the Q Link slider events didn’t seem to transfer over, so some re-recording would be required using the new Q Link system. All other sequence data appears to be fully intact, including MIDI track assignments and song data.

Program parameter transfer is on the whole decent with only a couple of minor ommissions. Layer assignments, tunings, velocity range and sample play settings are spot on and ADSR and filter settings are modified using the approximate 1.27 ratio to account for the new parameter range of 0-127 instead of 0-100. However mute groups, mute targets and velocity sensitive settings are all ignored, so if you often use these in your program you’ll need to go through your pads and reset them.

While not quite as complete as the MPC5000 transfer, I think on the whole the main ‘bread and butter’ stuff transfers over very well with only a minor amount of tweaking and legwork required if you tend to use a lot of LFO and velocity sensitive pad settings. 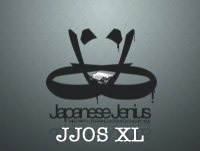 If you run the more advanced JJ operating system, (OS2XL or OS-XL) you probably already expected to have a pretty hard time with the MPC Software. Well it’s not actually that bad at all, apart from one tedious issue. The main difference between the JJOS XL project file and the free JJ/OS1 project files is that upon loading, all of the sequence tracks that were originally DRUM tracks in JJOSXL are now assigned as ‘MIDI’ tracks in the MPC Software.

Loading the ‘ALL’ sequences file doesn’t fix this, nor does loading the individual SEQ or MID files for the sequences. So the fix is to go through every DRUM track in every sequence and change it to an ‘MPC’ track in the Ren (and then double check to see if the correct program is assigned). So if you have dozens of sequences in your beat, each one using 40 tracks, you are in for a long, boring night with lots of coffee and any other stimulant of choice. Remember to set up your song files as well, as these are not loaded either.

Beyond that, it looks like parameter transfer is virtually the same as for JJOS1/MPC1000 Akai OS – although after recording the video I noticed that unlike the standard MPC1000 PRJ where the ‘decay’ parameter was migrated to ‘release’, the JJOSXL version simply sets the ‘decay’ value to 127 and a release of 0. This generally has little consequence on most one shot drums, but will affect things like NOTE ON multisamples.

Of course you have to remember that many JJOS XL features will be completely ignored as there is no equivalent feature in the Ren, so obviously there wil be some stuff that needs to be completely re-done. For example, JJOS ‘non destructive chop’ files will simply be read as standard WAV files (no chop regions remembered) and of course there will be no ‘CHOP’ option on any pads in the Ren.

If you ignore the fact that a lot of JJOS XL features are unique to JJOSXL and were never going to transfer to the Ren, then the compatibility rating is okay, but you’ll have to go through every track on every sequence to fix the program assignments. After that, it’s pretty much identical to any other MPC1000 project file. There’s probably some clever soul who could write a conversion script for this problem, so I’ll keep this updated if I hear anything.

If you are looking to migrate your old MPC beats to the Ren, then I think that on the whole, it’s going to be a good experience. Just accept that no matter which MPC you have, there’s going to be some tweaking of program parameters and re-setting of effects. Even JJOSXL users should be fairly chuffed that their beats, after some admittedly tedious tweaking of ‘track type’ in each sequence, will eventually work very well with only minor tweaking. The question is, just how many people running JJOSXL would be interested in going over to the Ren?

Could legacy MPC support have been better? Perhaps – it would have been nice for the Ren to spot a ‘reverb’ in the legacy project and then assign a ‘Ren reverb’ during import. It may not sound identical so tweaking would be required, but it’s still one less step in the conversion process. Other than that, I honestly believe that the legacy support is very good and I don’t think too many people are going to bemoan the missing mute targets from MPC1000 projects (especially as it will only take a brief moment to re-assign them). I’m also very confident these minor issues will be addressed in the next OS update – if they are fixed, I’ll update this article asap.

I also hope to look into the opposite process – exporting your Ren beats into 5000 or 1000 format and continuing to work on them in your legacy MPC. And yes, I will try to do a test for the much older MPCs – I have had a quick look with some MPC2000XL files already, and there does appear to be some issues with sequences and APS files although I’m fairly confident I can come up with a workaround, so I’ll take a deeper look into that as well.

Loop Settings in Some WAV Files

During recent tests I noticed that looped samples that were saved in some hardware MPCs as ‘LOOP:ON’ were loaded as ‘LOOP:OFF’ in the MPC Software. This only appears to affect samples saved in the 1000/2500/500/5000. Samples I tested from the MPC2000XL retained the LOOP:ON setting in the Ren. Be aware that the specific loop start and end points are always retained, only the LOOP ON setting is forgotten, so again this is a quick fix. Once re-saved in the Ren, the LOOP:ON setting is permanently retained.

Someone asked me if the Ren recreated any custom pad MIDI note assignments that the legacy MPC program file may have. The answer is yes; so if you have for example reordered your pads to run chromatically from 36-99, the Ren will recognise this and happily use it. However at the moment, there is no way to edit pad MIDI note assignment within the MPC Software itself, and in fact, no way to even see this information unless you export the PGM file and load it into a legacy MPC and hit NOTE in PROGRAM mode. Although that said, the new XPM program file is just a standard XML file that can be edited in any text editor, so you can edit any pad data yourself (albeit a very unintuitive method). I’ll cover this in more detail in a separate article. I’m actually geekily excited about the new MPC Ren file formats because their ease of editing opens up possibilities for all sorts of custom applications. Stay tuned!

If you need help with your MPC Renaissance or MPC Studio, take a look at my new tutorial book, ‘MPC Renaissance & MPC Studio: Sampling Laid Bare‘, entirely focused on sampling and program building, and filled with tutorials, tricks and essential workflow shortcuts for the MPC Software. It covers areas such as sound design, drum layering, chopping, drum kit building, multisampling and much much more. Head over to MPC-Samples.com for more info.