Please note: I wrote this short MPC1000 review back in 2007 and since then there have been enough changes in the operating system (Akai version) of the MPC1000 and also the MPC1000 hardware to warrant some minor updates. It’s also worth noting that since the release of the MPC1000, Akai released the MPC2500 and MPC5000. In my opinion the MPC2500 is really the more like for like upgrade for the MPC2000XL user (from a hardware perspective).

The MPC 1000 was the first MPC created in the Numark-era of the Akai brand (if you ignore the blue ‘special edition’ MPC2000XL and MPC4000 they initiially released). It was basically the first compact MPC, with an operating system much improved over the MPC2000XL, yet a very big step backwards from the OS run by the MPC4000.

Initial units were plagued with poorly design pads with a high failure rate, which initially required a ‘pad fix’ kit to remedy (which unfortunately cost nearly $200 to purchase). Newer units featured the improved pads as standard – if buying an MPC1000 second hand, you should look for the black units with the black backplate, not the silver/gold backplate – definitely avoid the blue MPC1000s unless they have the pad fix already installed.

The MPC1000 OS has received a few updates and is currently on OS 2.13, which should be thought of as the final OS – it looks like the MPC1000 has now been unofficially discontinued. There is however a third party OS available, the JJOS, which fixes the last remaining bugs and adds a few additional features. JJOS comes in both free and commercial flavours – I have plenty of resources for JJOS around this site.

The main improvements of the MPC 1000 over the MPC2000XL are as follows:

On the downside, the following XL features are missing from the MPC 1000.

Taking a closer look, the MPC1000 has the following improvements over the XL

Basically, I like the MPC1000. It’s dirt cheap, has most of the MPC2000XL’s features and some very nice extras. If this is to be your first MPC, then yes, it’s great value for money. If you are an existing MPC2000Xl user, then it’s a hard choice as to whether you’d want to convert over completely as I do feel the XL has a better build quality, has a better pad feel and is generally a more pro machine, but in the end, the 1000 addresses a lot of my gripes with the XL (better computer support, faster processor, built in effects, improved OS, LFO, more memory capability, hard drive option, etc, so my recommendation is to get the 1000 only if these new features seem important to you. If not, stick with your XL or even get both. 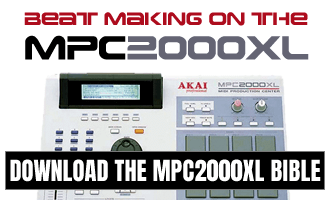