The Akai MPC1000 is the small little workhorse of the MPC range. But for producers that want a sturdier, meaner machine, does the MPC2500 fit the bill? First, let’s look at some of the major similarities & differences:

Fundamentally, the two machines have a virtually identical operating system. That said, there are some differences that we need to highlight – in all instances, the MPC2500 is the machine with the extra OS features.

When it comes to hardware, we have two very different machines.

Generally speaking, I prefer the MPC2500, It has a better build, better feel and a superior operating system. Of course with the introduction of JJOS, the differencs in the operating system features have all but disappeared, as JJOS tends to be 99.5% identical across the two MPC models.

I’ll be looking at JJOS in more detail elsewhere on the site, but assuming the OS on the two machines were identical, I feel the MPC2500 edges it for me. But of course on the other side of the fence, there is something to be said for the MPC1000 – it’s small and light and powerful and many people do not need the additional ‘extras’ offered by the MPC2500 – so why not save yourself a few hundred dollars?

Either way, each one will provide you with a classic MPC workflow, and that’s what really matters. 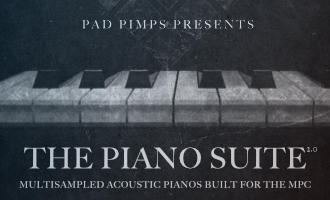