The problem with tutorials like this is that I have to convey to you what warmth means.

In terms of music technology most people marry warmth with valve and analogue tape technology, and the frequency ranges that are responsible for warmth is the low and mid frequencies. This is as simplistic as you can get.

Valve and tape technology add distortion that increases in proportion to the level of the input signal. A piece of equipment that adds no distortion has a straight-line graph of input versus output voltage, whereas a device that adds distortion will produce a curved transfer function graph.

Both analogue tape and valve equipment tend to have a greater degree of high-frequency roll-off than modern solid-state analogue circuitry.

The advantage of this is that when you take away some high frequencies, you are left with the perception that the mid and low ends are boosted. I have explained this extensively in my EQ tutorials. This change in balance of the high and low harmonics accounts for warmth. And to add to this, valve and tape technologies introduce phase shifts between harmonics at varying frequencies, and this in turn is perceived as warmth.

Ok, so that explains the meaning of warmth. Now we need to look at how to achieve it.

There are two stages that this type of processing can take place; at the recording/tracking stage and at the final mix master.

I tend to find that the areas most producers want to warm up are the vocals, bass, drums and the final stereo master.

Using valve microphones will always sound warmer than their solid-state counterparts as valve mics tend to add subtle distortion and phase shifts. These are not huge sweeping variables, although measurable, but very subtle tiny changes, that we perceive as fullness and roundness. The whole concept of phase shift allows for the thickening of sounds. Valves also limit more gracefully than solid-state circuitry when driven hard, so the high end can sound noticeably smoother at high signal levels.

Using a FET mic preamp may also introduce similar nonlinearities, and be a better choice than a more accurate solid-state mic.

The same can be said of recording instruments. Using any valve based mics will add and round off harsh sounds and allow for fullness that we perceive as ‘fat’.

Most valve circuitry incorporates transformers. Transformers, by design, also introduce nonlinearities and phase shifts, so it comes as no surprise that solid-state mics with transformer-balanced outputs tend to have a warmer sound than transformerless models – though they sound less warm than valve models.

At the signal end stage (master stereo), using valve gear can also add warmth to the final mix. Using a valve compressor or EQ unit, along with the mic pre, can result in nice rounded warmth that would otherwise be lacking in a digital recording. One of these processes incorporates rerecording their digital mixes onto an analogue tape recorder, then recording the taped mix back onto the hard drive or CD-R to capture the magic of the analogue tape sound on their digital masters. However, this process will introduce some noise into the signal path, as is the nature of tape, but that can easily be managed with a sensible noise filter like the Drawmer DF 330. If you cannot be bothered with this process, then using a tape saturation plug-in can also yield decent results. Although not quite the same as the real thing, today’s plug-ins are getting better and better at nearing optimum emulation.

Possibly the most popular method of warming sounds is by the use of subtle compression followed by EQ. Using a fairly low ratio (less than 1.5:1), with a gain reduction of around 3-6dB on peaks and then following this with EQ, you can attain very good results. The trick is to first compress, as above, and then to BOOST the low ranges (60-200 Hz) with small amounts (1-2 dB). Paramteric EQs are the best weapons of choice here. An area to always be wary of when boosting these low ranges is that you invariably boost the mids too, so a little cut around the 200-300 Hz range will help to soften the low-end boost.

EQ on it’s own is another great way to warm sounds. But you would need to consider a dynamic EQ for this task. Basically, a dynamic EQ applies boost (or cut) to the selected band of frequencies only when the input signal exceeds a certain threshold. This means that if you set the EQ to produce a 60Hz peak and then adjust the threshold so that the dynamic EQ only kicks in on loud hits, you’ll find the bottom end of the recording warms up considerably. This is a great way to boost the warmth on the low-end of the mix without affecting the rest of the mix. The amount of low boost is adjusted using the dynamic expander ratio control and usually a couple of decibels of dynamic boost is enough to do the job. Cool huh?

You can also give the perception of warmth by using multi-band EQs. What you are striving for, when it comes to low end warmth, is to be able to boost the lower frequencies without affecting the other frequency bands. This is why an EQ that has control over banded frequencies is the tool of choice. But bear in mind that we are using subtle amounts here and not huge boosts that will imbalance the mix. In fact, using small cuts around the mid and high end frequencies will also give the perception of low end boost.

Today, we are blessed with countless tools that can add warmth to any recording. Camel Phat, PSP Vintage Warmer and many more plug-ins like these can help add warmth to digital recordings. But I find it quite ironic that with all of this software based tools, we always end up using the old school methods of re-patching hardware to attain ‘warmth’.

May the glow be with you. 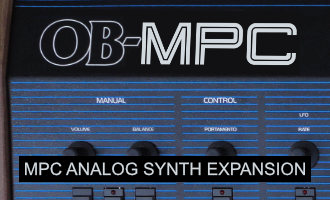